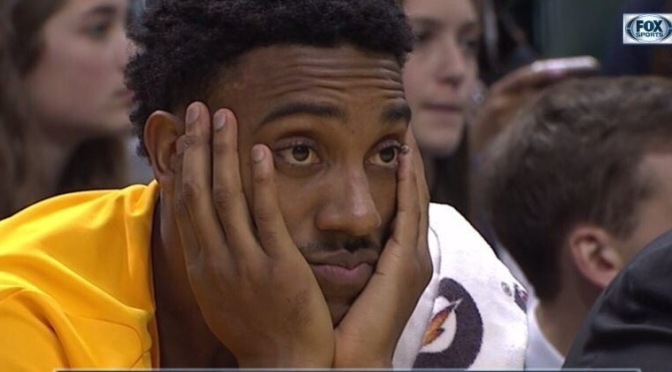 Marc Stein is reporting that the New York Knicks are giving up their chase for Jeff Teague as they believe he has already committed to the Minnesota Timberwolves before free agency officially starts at midnight.

The Knicks have abandoned their hopes of meeting with Jeff Teague, league sources say, convinced Teague has already committed to Minnesota

Teague had one of the best seasons of his career while averaging 15.3 points and 7.8 assists and will likely receive a hefty contract from the Wolves, who had a vanancy at point guard after trading Ricky Rubio to the Utah Jazz.

I believe Teague wanted to stay in Indy on a competitive deal. He enjoyed his year in Indy, has been around the facility often this summer. https://t.co/BispzTG32S

Teague was rumored to have preferred to stay in Indy on a fair market deal, but the Pacers were probably reluctant to give big money to Teague as they enter a rebuilding phase now that Paul George will be leaving.

The Pacers meanwhile are rumored to be interested in recently waived Rajon Rondo.

For Rondo, New Orleans and Indiana are early possibilities

When Rondo is rumored to be a Pacers target in 2017… pic.twitter.com/XdAW3USDdy

One thought on “Update: Jeff Teague gets 3 year, $57 million from Timberwolves ”