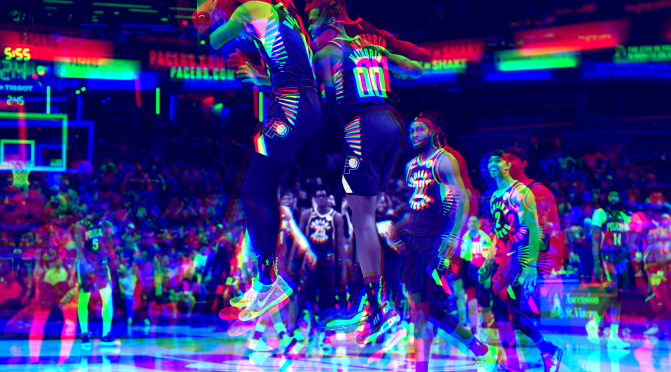 Kevin Pritchard said before the season they’re looking at this team in three or four year increments, back when saying that was a way to prepare the fanbase for how many Ls were about to be held. They were skewing younger, trade rumors were flying, and fans were already Photoshopping a certain French prospect into a Pacers jersey as a sign of hopeful things to come in the 2023 NBA Draft.

When you’re in the early stages of a rebui…excuse me, retool, it’s about talent and asset acquisition. Retain Jalen Smith and start him at the 4, that’s a win to see if he can develop even more. Trade for Aaron Nesmith as a buy-low flier along with a draft pick, absolutely. Use the 31st pick on a guy in Andrew Nembhard who would end up as the 8th player on the team that’s 6’6” and under because he’s just a good basketball player, who cares about position of need.

But here we are, about to turn the calendar to 2023, and the Pacers are sitting at 17-16 through Christmas. So what now?

This Pacers roster has a lot of young players that are probably going to need time to learn the NBA. Shoot, only four of the top 13 players in minutes played for the Pacers are beyond their rookie contract, and only two of those guys are older than 27. That’s a great position to be in with a three or four year perspective, but that the roster is stuffed full at both ends of the positional spectrum with a gaping hole in the middle where forwards are for every team in the NBA.

Based on height and minutes played data I gathered from Basketball-Reference.com, the 2022-23 Pacers have had a player that is between 6’7” and 6’9” on the court for 6% of their total minutes played so far this year. That makes the Pacers by far the worst in the NBA and the only team below the 15% mark, with the exception of the Bucks who have been without Khris Middleton and his 11% of their minutes last year.

You can say the NBA is positionless, but it sure doesn’t look positionless when 6’5”, 190lb Nembhard is one of the better options on the team to guard 6’9”, 250lb LeBron James.

Or when 6’10”, 215lb Smith has to try and stay in front of skilled forwards on the perimeter despite clearly being a natural center, with a move to the bench as the backup 5 confirming as much. Oshae Brissett is 6’7” and the only forward regularly in the rotation, but he’s an unrestricted free agent this summer that has played less and less each year he’s on the team for reasons that I still don’t understand.

Anyone who follows me on Twitter is probably tired of hearing me clamor for the Pacers to get a forward, and fans probably have some deep-seated resentment towards waiting on a forward to make the roster make sense after two years of waiting on T.J. Warren to recover from injury, but the Pacers do need forwards.

Putting players in their more natural position on both ends of the floor can only benefit everyone on the team, make life easier as defenses have to respect skilled size on defense, and take away some of the more obvious mismatches that opposing offenses can exploit every time down the floor.

Good teams have around an above-average offense and defense, while title contenders almost always end up being top-10 in both. At the moment, the only two players locked in to starting on the next great Pacers team are Tyrese Haliburton and Benedict Mathurin. There are some guys on the roster who might be starting for that team, and some will surely be in the rotation, but the two core players that almost every decision should be molded around are questionable defenders at the moment.

There’s a great chance Haliburton and Mathurin will improve on defense to some degree, but those improvements likely won’t yield even an average defense by themselves. Even if Rick Carlisle puts together a great defensive scheme that can cover up some deficiencies, the playoffs often end up with the opposing star looking around the floor and saying “hey you, come out here” to the worst defender. It’s almost impossible to avoid that, so the rest of the team is going to need to defend.

There are credible defenders on the current roster. Myles is obviously one of the best defensive big men in the league. Nembhard shouldn’t be asked to guard LeBron, but he stepped up to that challenge and many more without looking completely outmatched. Nesmith has really come on as of late as an athletic and versatile wing defender. Chris Duarte showed he could hold his own last year, but hasn’t been fantastic after missing some time with an injury that is surely impacting him.

But a team that wants to be good can’t rely on getting by when defending stars. The Pacers are missing someone who they can trust to take the other team’s best player out of the game the way Jaden McDaniels from the Wolves did to Haliburton in November, (though Tyrese did end up dropping 26 and 15 on him two weeks later, because he’s incredible). They’re especially missing someone who can take on the big wing defensive assignment, one of the most important aspects in modern basketball when looking at contenders.

Acquiring players like that is easier said than done. 3&D players are what every contender is looking for, while two-way starters almost always end up getting overpaid because they contribute so much to winning. But the Pacers are in a situation right now that is as flexible as it gets, sitting with extra picks on top of all their own future ones, a slew of tradable contracts to get to nearly any price range and a heap of cap space. So they should make something happen right?

Like I said earlier, this Pacers team wasn’t supposed to be in this position. Most win projections had the Pacers under 30 wins for the season, selling off some of their veterans as they strive for lottery balls with no chance they end up as buyers at the trade deadline. We should be careful about rooting for the team to get ahead of themselves just because they’re performing better than expected in the first year of this new direction, especially when there are young players on the team like Isaiah Jackson who simply aren’t in the rotation despite showing intriguing potential.

Pritchard has shown us the type of player that he likes to acquire: cost-controlled younger players that are coming from a situation where they may not have been optimized. Darius Bazley, Cam Reddish or Jalen McDaniels might fit and should all be relatively cheap options in a trade or in free agency this summer. Does trading or signing for a P.J. Washington, Cam Johnson or John Collins count as skipping steps? A versatile 24 to 27 year old starting-level forward should never be considered a bad move at the right price, regardless of team direction. The same train of thought goes for what to do with Turner and Buddy Hield: it’s all about getting the right pieces, at the right price, at the right time.

The present is entertaining. This is the youngest Pacers team since the 1984-85 season, which is well-known to have been the last time the Pacers had a single digit draft pick, and this is one of the most versatile and athletic rosters in a very long time.

The future is bright. Haliburton is just 22 years old on the way to his first All-Star appearance and a likely maximum rookie extension that will start after next season. Mathurin is 20 years old, with unparalleled confidence and legit NBA scoring in just his first year as a pro. There’s time to find out what works alongside the backcourt of the future.

And the possibilities are almost endless. There shouldn’t be one decision that’s going to make or break the future of this team in the next couple of months. The Pacers’ front office will make plenty of decisions going one way or another, maybe even multiple directions simultaneously, that hopefully ends up with the Blue and Gold as a true contender again. Ultimately, it will likely end up being all about…

3 thoughts on “For the Pacers, it’s all about balance”