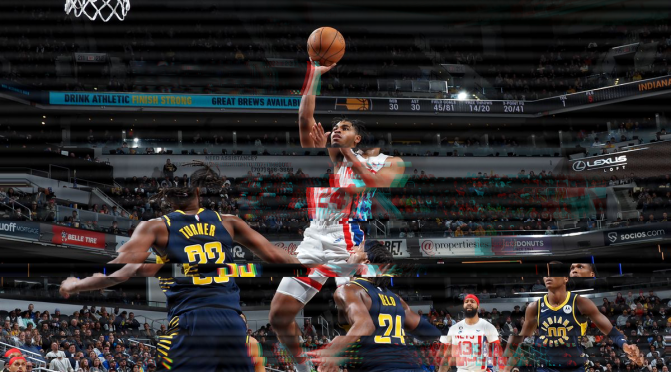 That’s how badly the Brooklyn Nets beat the Indiana Pacers on the glass. The Nets grabbed 29 offensive rebounds. The Pacers had 30 rebounds total.

So many of them were embarrassing, lack of effort rebounds on missed free throw attempts or plays where multiple Pacers just watched the ball fall to the ground and bounce to their opponent. It made you question whether the Pacers knew that they were allowed to grab the ball after the opposing team misses a shot.

Keep in mind the Nets were playing without Kevin Durant, Kyrie Irving, and every other Nets player than you’ve heard of besides former Pacers player Edmond Sumner, who scored 21 points and added 7 rebounds and 5 assists with a dazzling mix of speed and effort that was lacking from the Pacers roster.

Every Nets starter had at least 6 rebounds. Buddy Hield led the Pacers starters with 4. The only Pacers player with more than 4 rebounds was Bennedict Mathurin with 7.

After a strong start to the season with rebounding, the team was 29th in the league in rebounding percentage over the timeframe of their long road trip and they’ll continue to fall down in the standings for the entire season after they were dominated by Day’Ron Sharpe tonight.

There’s just not much else worthy of being said about this game. Unfortunately, the team wasted a fantastic shooting night from Tyrese Haliburton who scored 35 points on 12-of-15 shooting. They scored 76 points in the first half but none of it mattered because they couldn’t put in enough effort to grab rebounds against nine Nets players on mostly minimum contracts that scored 136 points.

This was one of the first games that really featured expectations for the Pacers (14-13) to win and boy did they disappoint. The lack of expectations has been part of what has made this season fun and it’s hard to take this team seriously as a potential playoff team if they can’t beat the second and third units of the Brooklyn Nets.

These kind of losses happen to everyone in a long NBA season, see the Warriors losing to the Andrew Nembhard-led Indiana Pacers last Monday but after giving up 40 points in the first quarter and 41 points in the fourth quarter you can’t blame anyone firing up the trade machine to see who might give up picks and young players for the Pacers veterans as they go back to dreaming of lottery luck.

This article was supposed to be about two games but this one was so bad that it’s hard to spend much time on the Pacers victory over the Wizards missing Bradley Beal.