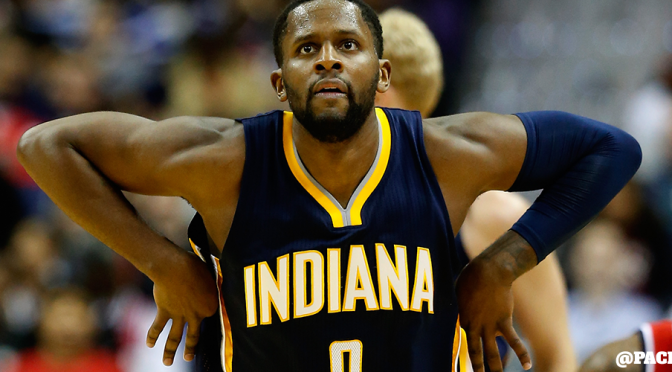 Sharpshooter C.J. Miles saved this season for the Pacers and perhaps even many seasons in the future. I’m sure you’re thinking, “CJ Miles? I think you misspelled Paul George.” And, sure, you’re right; if we’re talking about saviors, then Paul George is clearly Jesus for the Pacers. But C.J. Miles is John the Baptist. I imagine you may feel a lot like Miles below, but stay with me for a second:

END_OF_DOCUMENT_TOKEN_TO_BE_REPLACED

The Pacers played 7 games in the last two weeks and only lost 2 games by a combined 5 points. They are now 8-2 in their last 10 games over the 0-3 start and sit at 4th-place in the East. In this 10-game stretch, the Pacers have had the best defense in the NBA by advanced metrics and currently have the 5th-best net rating in the NBA for the entire season. The Pacers defensive philosophy may have changed, but it’s as good as ever. Forcing turnovers was never a focal point in year’s past, but they currently average the 2nd-most steals per game in the league and forced 54 turnovers in the last two blowout victories against the Sixers and Bucks. Here’s some quick analysis on each player over the last two weeks:

1. Paul George: Paul George has never played better in his career than he has in the past two weeks. At this point, it’d be surprising if he doesn’t earn the Eastern Conference Player of the Month. While Paul George’s streak of 26 points came to an end at 8, it only happened in a game the Pacers won by nearly 40 points where George “only” scored 20 points in the first three quarters while sitting on the final frame of the blowout. No one is more responsible for how well the Pacers have been playing their past 10 games than PG.
Previous 2-weeks Stats: 21.5 PPG, 9 RPG, 4.3 APG, 2 STL
Previous Grade: A-
Current 2-weeks stats: 27.7 PPG, 8 RPG, 5.3 APG, 1.3 STL
Current Grade: A+

END_OF_DOCUMENT_TOKEN_TO_BE_REPLACED

Welcome to iPacers first biweekly wrap of the 2015-16 season. It’s been an interesting start to the season with two close losses to start against the Raptors and Grizzlies, followed by an embarrassing home blowout loss to the Jazz, but since the Pacers have rattled off 3 straight wins against Eastern conference foes (Pistons, Celtics, and Heat). The Pacers have played both big and small with mixed results for both of them early, but with a lot of success lately. A common theme early was poor second halves that haunted the Pacers in each of the first three losses, but they’ve managed to win two straight close games in the final quarter with great defense and just enough offense. Here’s some brief analysis and a grade for each player on the roster through the Pacers first six games:

END_OF_DOCUMENT_TOKEN_TO_BE_REPLACED 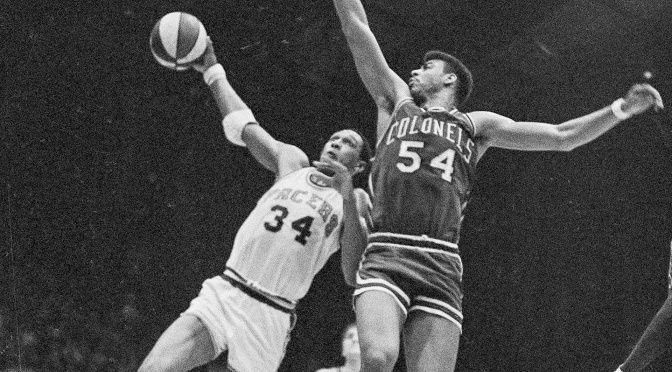 END_OF_DOCUMENT_TOKEN_TO_BE_REPLACED

Rejoice for the NBA season is here! The Indiana Pacers start playing again tomorrow night! Their first opponent is on the road against the Toronto Raptors led by Kyle Lowry (also featuring former Pacer Luis Scola).

There have been so many changes to the team over the offseason with nearly half of the roster from last season now playing elsewhere (David West, Roy Hibbert, Scola, Damjan Rudez, Chris Copeland, Donald Sloan, CJ Watson). New players came from free agency (Monta Ellis, Glenn Robinson III, Jordan Hill), the draft (Myles Turner and Joe Young), and via trade (Chase Budinger, Rakeem Christmas). Larry Bird and Frank Vogel are switching to a completely new style on the court this year, emphasizing the space and pace that has been all the rage lately in the NBA. Paul George is somewhat reluctantly trying a new position on offense while returning from a broken leg. The Pacers focus has been offense, offense, offense in training camp, which is strange after seeing Pacers teams built on “smashmouth” basketball with Hibbert and West. With so many new variables, it feels like this year just about anything could happen for the Pacers and all of their players. So, naturally, when the year feels especially unpredictable, I thought I’d give a few predictions for what I think is in store for the Pacers season:

END_OF_DOCUMENT_TOKEN_TO_BE_REPLACED 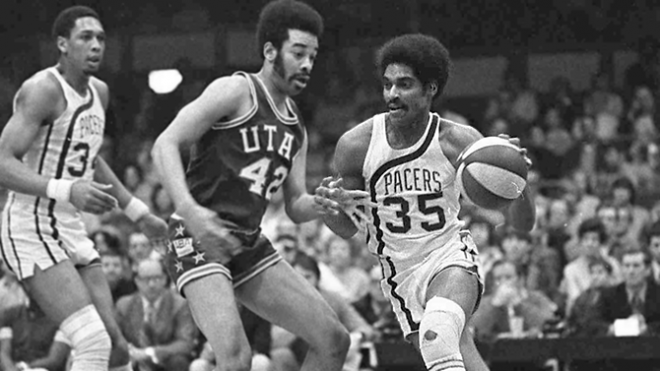 END_OF_DOCUMENT_TOKEN_TO_BE_REPLACED

The Pacers ended their preseason with a 5-2 record and seemed to get more and more comfortable with each other every game: an important factor when nearly half of the team is new to playing with each other. Here’s some positive, negative, and in between thoughts on preseason and the Pacers hopes for this rapidly approaching regular season.

END_OF_DOCUMENT_TOKEN_TO_BE_REPLACED

The Indiana Pacers announced their new training facility and partnership with St. Vincent this past week. Here are my immediate reactions to news of the St. Vincent Center: END_OF_DOCUMENT_TOKEN_TO_BE_REPLACED 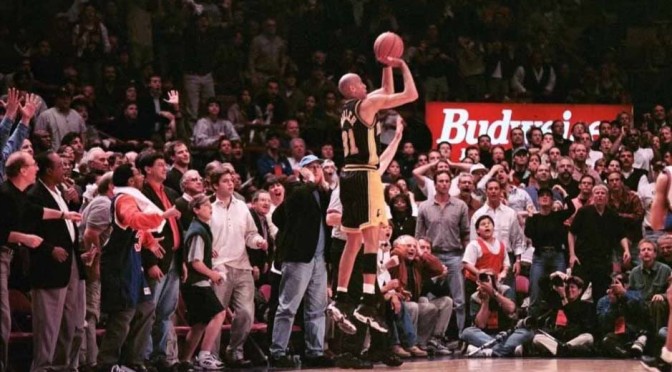 Trying out a new blog post series today called This Picture Is Worth a Thousand Words. You can probably guess what this series will be, but here’s the concept: I find an interesting picture from Pacers history (from the way, way back in the ABA days to the glorious shots of the current team) and literally write one thousand words on it. This could be a disaster, but it should be a fun one.

I can’t think of a better way to start than with my favorite sports photo of all-time as seen above. Here we go, exactly 1,000 words starting now:
END_OF_DOCUMENT_TOKEN_TO_BE_REPLACED

Roy Hibbert has a knack for saying the wrong thing to the media. There was his dumb “no homo” joke in the playoffs and the “selfish dudes” comment pointed towards unnamed teammates in the midst of the great collapse of 2013-14. And, now, here’s what Roy had to say in a Q&A with David Aldridge:

In a Q&A with @daldridgetnt, Roy Hibbert said he “wanted to play for a coach who actually played in the league.” http://t.co/6ZCVhgPwiT

“Hibbert said what? Now he’s bashing Frank Vogel on his way out? Man, I’m so glad he’s gone. What a cheap shot. No respect.” This was the general reaction by Pacers fans and the local media. Here’s a sampling of what I saw on Twitter within a couple hours:

END_OF_DOCUMENT_TOKEN_TO_BE_REPLACED

With the Pacers signing of Glenn Robinson III to a 3-year deal and acquisition of Rakeem Christmas via trade, the Pacers have quickly filled up their roster with 15 players now under contract. Only 8 of the 15 were on the Pacers squad last season, as 7 were either not resigned (Luis Scola, Chris Copeland, Donald Sloan, CJ Watson), were traded (Roy Hibbert, Damjan Rudež) or simply opted out of their contract to sign elsewhere (David West).

Which former Pacers player will you miss the most? pic.twitter.com/Sx3CqAQ3Sq

So, with nearly half of last year’s roster out of town. Here’s what the roster looks like when divided up into three different position categories:

END_OF_DOCUMENT_TOKEN_TO_BE_REPLACED 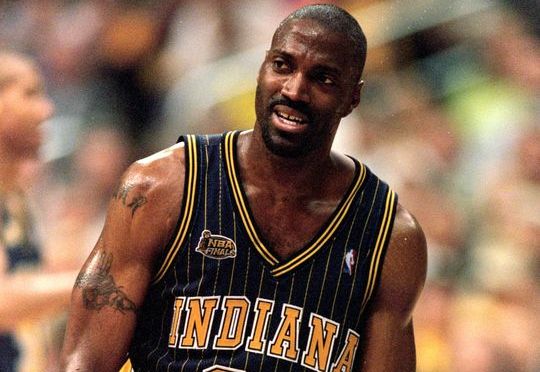 Diving through a transaction web and seeing all the moves that had to happen in order for a team to get a certain player can be mesmerizing at times. I was thinking about this the other day and found one web that will go back nearly 30 years by the time it comes to fruition. It all boils down to this: The Pacers traded Dale Davis for a 2019 2nd-round pick. Confused? Well, let me explain:

END_OF_DOCUMENT_TOKEN_TO_BE_REPLACED

George Hill made the announcement on Twitter a little over an hour ago:

Maybe, the most important part of this announcement is that we finally know why George Hill went blonde. It’s so his hair would match the Hickory Pacers uniforms. I must say, George, it’s a nice touch.

END_OF_DOCUMENT_TOKEN_TO_BE_REPLACED

Paul George has been in Manila, the capital of the Philippines, for last few days. He’s setting the internet on fire with this dunk that happened less than a year after his horrible injury. END_OF_DOCUMENT_TOKEN_TO_BE_REPLACED

Tell me what you think about Joe Young and leave a comment on this page for 5 additional entries into the raffle.

After missing his first game due to illness, Joe Young had a tremendous Summer League as he was the leading scorer in Orlando with 22.5 PPG. So, how will his game translate once the games start to matter? What does he still need to work on? Here’s an overview of what we saw at Orlando.

END_OF_DOCUMENT_TOKEN_TO_BE_REPLACED

Zach Lowe from Grantland with the reporting:

In other words, Monta will sign w/ Indy. Things will be fine. DEN got slammed for screwing up Faried’s contract, but it happens to others.

So, no real cause for concern, Monta Ellis will still be an Indiana Pacer, but it is a little embarrassing that the Pacers cap team managed to screw this up. Let’s try and take a rough look at why this may have happened:

END_OF_DOCUMENT_TOKEN_TO_BE_REPLACED

The Orlando Summer League ended over a week ago, but the Pacers draft pick performances deserve recognition and analysis. While the Pacers squad only won a single game of their five in total, Myles Turner and Joseph Young were two of the top three scorers at Orlando, and each were named to NBA TV’s All-Tournament Team along with Russ Smith of the Grizzlies, Aaron Gordon of the Magic, and Stanley Johnson of the Pistons. Here’s a look at the stats for the Pacers picks:

I’ll talk more about Joe Young in my next post (EDIT: Available now), but here’s some analysis on Mr. Turner:

END_OF_DOCUMENT_TOKEN_TO_BE_REPLACED

Those Pacers teams that gave the Heat so many problems in the playoffs for 3 straight years, but never quite enough of them have been dismantled and only a collection of (mostly) fond memories remain. Goodbye, Blue Collar. And (please, please, please, finally) goodbye, Gold Swagger.
END_OF_DOCUMENT_TOKEN_TO_BE_REPLACED