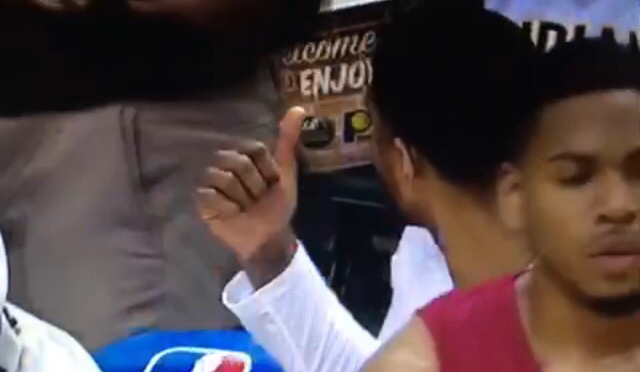 The Pacers clinched their 5th playoff appearance in their last 6 seasons (or they have made it every year that Paul George has had two healthy legs) by blowing out the Brooklyn Nets.

At one point in the 3rd quarter, the Pacers led by 40, so the starters were free to sit back, relax, and enjoy the rest of the game. Paul George even managed to get a snack from a young fan sitting behind the home team’s bench.

Paul George gets a bite of popcorn from kids in the front row. https://t.co/J08Kl3VHZc

Paul George hasn’t been able to sit out a lot of final quarters this year, so it’s good to see him taking advantage of it.

Get your popcorn ready, Pacers fans! The Pacers are in the playoffs for the 21st time since 1990, which is the second most in the NBA over that time period. They will face either the Toronto Raptors or Cleveland Cavaliers.